What is Caffeine and How Does it Affect the Brain?

Caffeine is a stimulant that is commonly consumed in beverages like coffee, tea, and soda, as well as in foods like chocolate and some medications. It works by blocking the action of a chemical called adenosine, which helps regulate sleep and fatigue. When adenosine is blocked, the brain becomes more active, leading to an increase in alertness and energy.

The short-term effects of caffeine can vary depending on the individual, but some common effects include increased alertness, improved focus and concentration, and increased energy. Caffeine can also improve physical performance by increasing endurance and reducing fatigue. In addition to these benefits, caffeine can also have some negative side effects, particularly if consumed in large amounts. These can include jitters, insomnia, upset stomach, and increased heart rate and blood pressure.

While the short-term effects of caffeine are well-known, the long-term effects are less clear. Some research suggests that moderate caffeine consumption (around 300 milligrams per day) may have some health benefits, including a reduced risk of stroke, Parkinson's disease, and certain types of cancer. However, it's important to note that these studies have been largely observational and do not prove that caffeine is directly responsible for these health benefits. More research is needed to fully understand the long-term effects of caffeine on the body.

While caffeine is not considered to be physically addictive in the same way that drugs like opioids and amphetamines are, it is possible to develop a dependence on caffeine. This can lead to withdrawal symptoms when caffeine intake is suddenly stopped, including headache, fatigue, irritability, and difficulty concentrating. Caffeine can also affect mental health, both positively and negatively. In some people, caffeine can improve mood and reduce feelings of depression and anxiety. However, in others, it can have the opposite effect and exacerbate these conditions.

One of the most well-known effects of caffeine is its ability to disrupt sleep. Caffeine can interfere with the production of the sleep hormone melatonin and make it harder to fall asleep and stay asleep. This can lead to insomnia and other sleep problems.

While caffeine can have some short-term benefits, it's important to be aware of its potential negative effects and to consume it in moderation. If you're concerned about your caffeine intake or experiencing negative side effects, consider speaking with a healthcare professional or reducing your intake gradually to minimize withdrawal symptoms. Ultimately, the best approach to caffeine will vary from person to person, so it's important to pay attention to your own body and how it responds to caffeine. 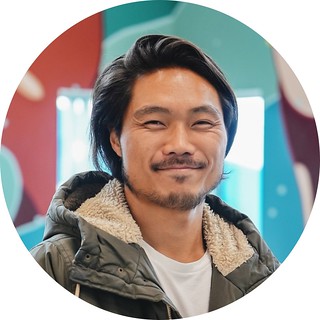 Kent Yoshimura is co-founder & CEO of Neuro, a gum and mint company that enhances your health and wellness in the most convenient, affordable, and portable way possible.

His fascination with the human brain and optimizing performance led him to get a bachelor’s degree in neuroscience at the University of California, San Diego, and after college, continued his career as a multimedia creative, filmmaker and athlete, having trained in Judo with the Japanese Olympic Judo Team and in Muay Thai at Sityodtong in Thailand.